An epic story of the people of the dawn, buried in the ancient land

Neolithic era. Indigenous people known as the Jomon people once lived in the Japanese archipelago. The Jomon people had built and enjoyed a peaceful and sustainable society for more than 10,000 years. The era in which they lived is called the Jomon period.

The Jomon people were hunter-gatherers who settled in areas of Japan which had rich forests and abundant blessings of the sea, and as such created a life culture that was rare in the world at this time. In addition, the remains of the stone circles from the Jomon period and many other objects such as earthenware and clay figurines with unique shapes have been discovered, so the Jomon people are believed to have had a deep spiritual world built in harmony with nature, outstanding sensibilities, and it is also believed that they had advanced technology for their time.

The Jomon culture was most prosperous in the Tohoku region of Japan.

Even in Iwate, ruins and relics from the Jomon period have been found in many areas, and you can still see much of the same scenery, remaining unchanged since the Jomon period, in the mountains and coasts of the hinterland. 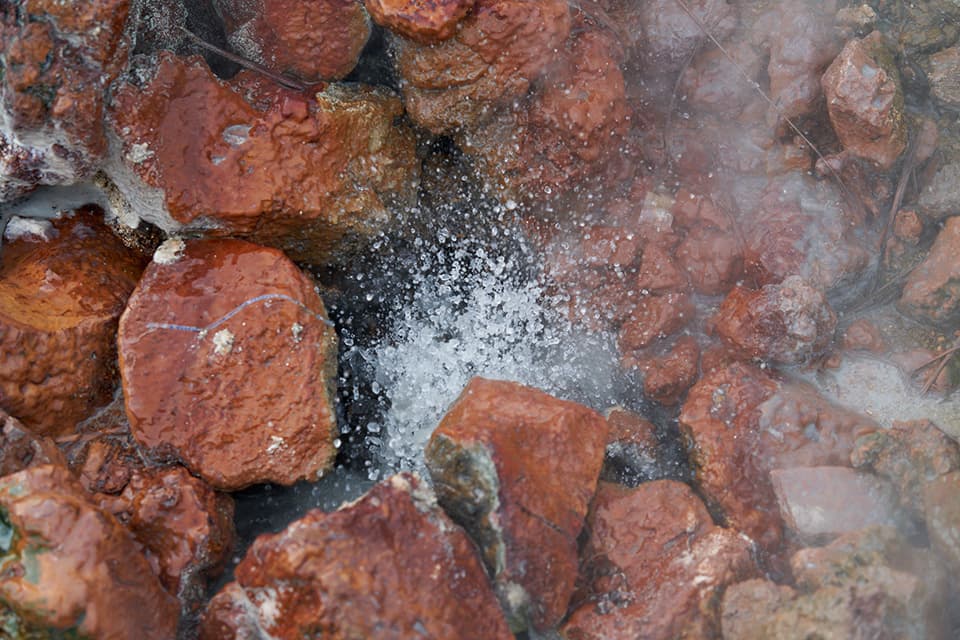 About 1,300 years ago, the Tohoku region was called Hitakami-no-kuni.

In this area, people called Emishi lived, and they were a people who inherited the Jomon culture.

On the other hand, at that time, a new kingship with great power was born in the Kansai region. This was to become the prototype of the Yamato kingdom, that is, the Japanese nation, which was built by the agricultural people who came from the Asian continent. The Yamato kingdom at that time expanded its power while controlling the descendants of the Jomon people who lived in various parts of Japan.

Despite this, the Emishi people in Iwate continued to fight the mighty Yamato kingdom until the end.

A brave hero named Aterui formed a coalition of tribes to repel the invading Yamato army many times. The Emishi, who skillfully manipulated horses and strong iron swords, were a very strong people.

The battle for Emishi's pride and freedom lasted for decades but was inevitably pushed by the invading Yamato army and finally the Allied forces led by Aterui surrendered.

The land of Iwate, the last area treasured by the Emishi, finally become a country governed by the Yamato kingdom, and the Emishi people eventually disappeared from the front stage of history, along with the culture of the Jomon period.

In Iwate, the legend of Emishi has been handed down for more than a thousand years, and in many areas, the traditions of ancient heroes still remain in various forms.

The Jomon and Emishi people worshiped the spirits that dwell in nature. Natural objects such as mountains and rocks, and natural phenomena such as wind were all objects of awe.

To those people everything from people, stones, plants, and animals, all possess the same soul (anima), and they communicate in the spiritual dimension.

Eventually, due to the unification of the Yamato kingdom, new gods of Buddhism and Shinto spread throughout Japan. The spirits worshiped by the Jomon and Emishi people were either thought of as evil gods, and thus destroyed by the Yamato kingdom, or were accepted in a different form but eventually forgotten.

In Iwate, traces of spirits worshiped by the Jomon and Emishi people still remain today, although they are often fused with Buddhism and Shintoism. The stone god named Arahabaki, the goddess of water known by the name Seoritsuhime, and other unnamed gods are quietly sleeping in the mountains and remote areas.

Gods of the Mountains Cycling

We kindly ask you to fill out the contact form below for inquiries regarding availability, price, equipment, lodging and any other arrangements.